تخطي إلى المحتوى
hen can we expect an announcement for GTA 6? 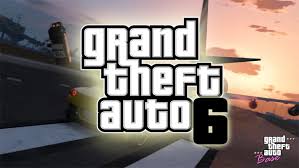 According to Rockstar’s habits, at least one game “off GTA” should be announced and released before hearing about the next GTA. The announcement and release of the game should not be as far apart as with GTA V, where nearly two


years have passed between the two.

Of course, GTA V was postponed for a few months, which would not be surprising for GTA 6. We can therefore expect an announcement around 2018 or 2019, for a release about 1 year later.